This past year we’ve focused on maintenance and improving quality behind the scenes. It just so happens that the urge to clean is so strong that this work extended to the front-end. After months of work, today we’re launching a redesigned NewsBlur for all three platforms: on the web, on iOS, and on Android. There’s a lot that’s new. And what better day to launch a redesign than on the ninth anniversary of the sunset of Google Reader.

To start, let’s take a look below at the redesigned NewsBlur. 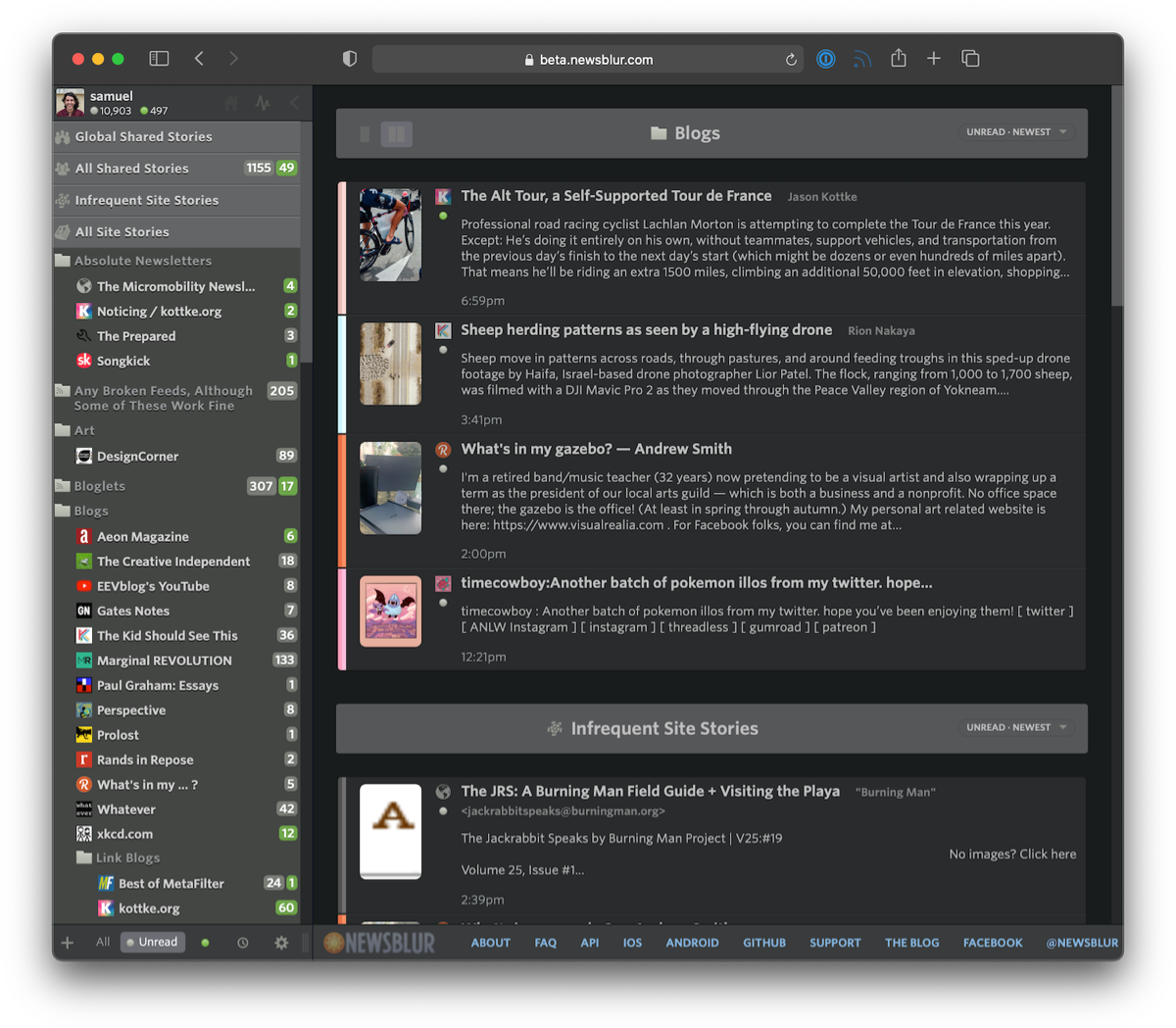 Those multiple rivers come in handy when you want to follow different interests at a glance. You can of course change which individual feeds or folders is loaded, letting you focus on saved searches, infrequent stories, a single feed, or everything you’re subscribed to.

Below you can see the design in action. Notice how easy it is to change where the image preview is located as well as adjust the number of lines of story text to show.

The reading experience itself has also seen improvement. Full bleed images have been ported over from iOS to both Android and the web. This means that images will now run edge-to-edge. And the controls at the top and bottom of the web app have been restyled to be easier to understand at a quick glance. 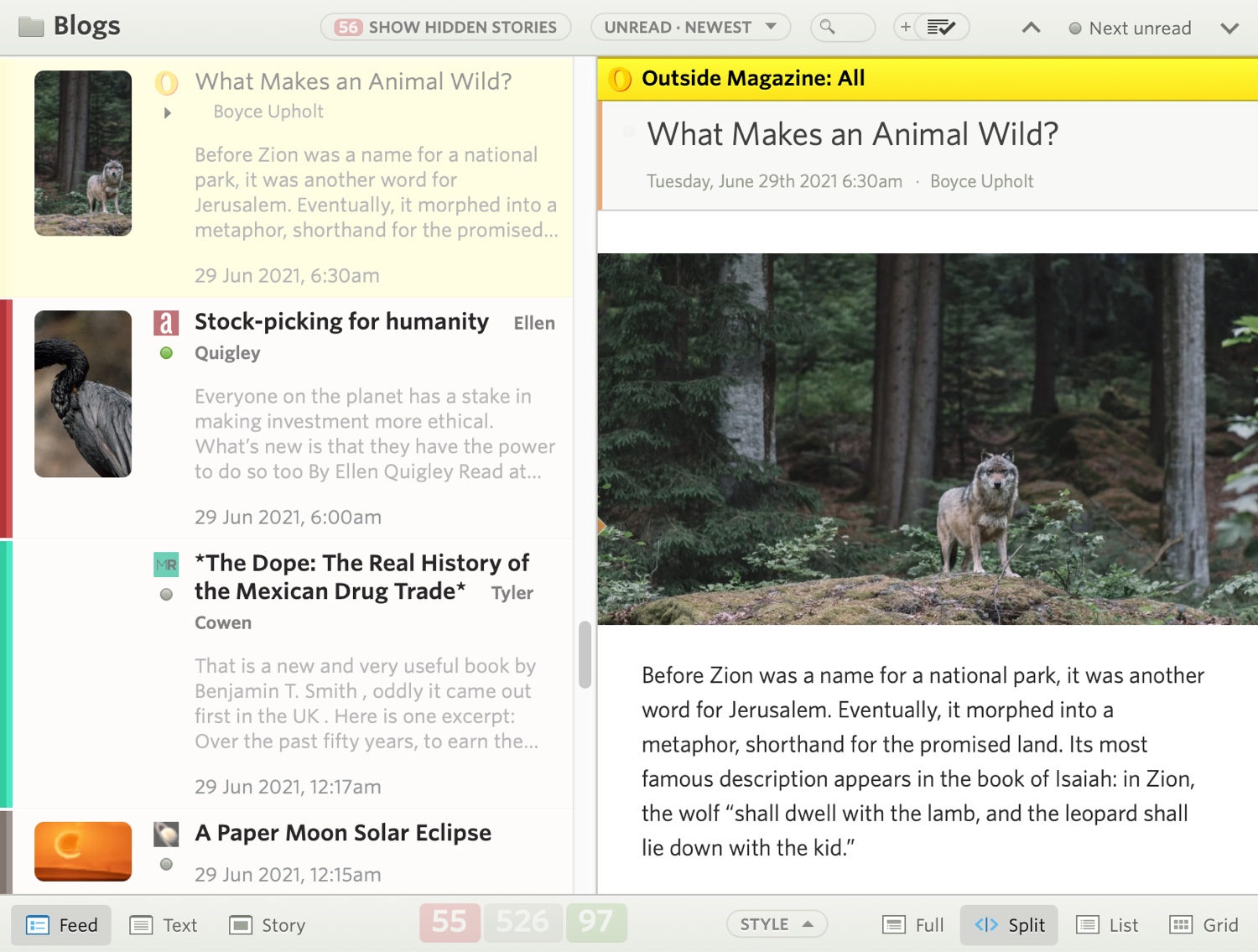 There’s many ways to adjust story titles to fit. Pack them in dense or offer titles room to breathe. 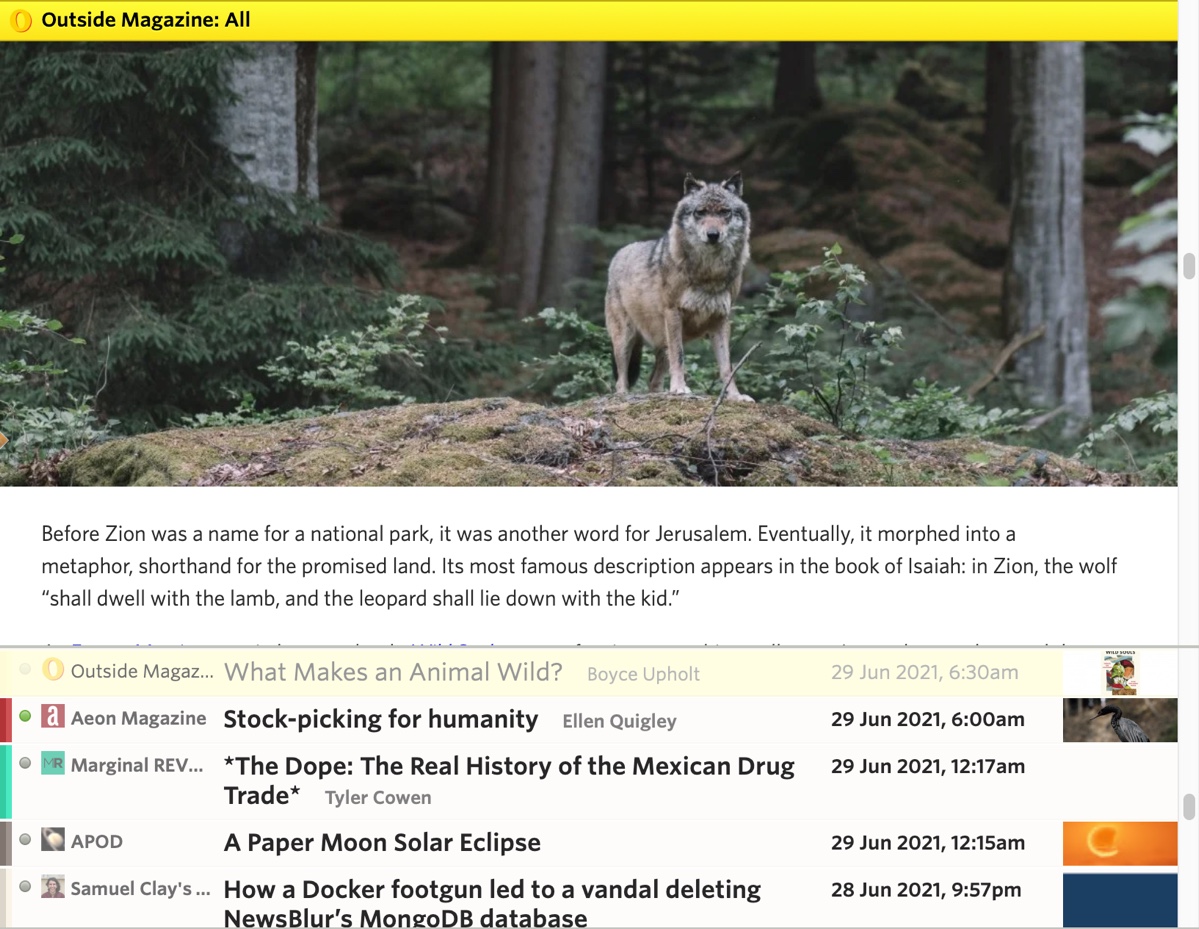 The redesign has also come to both of the official Android and iOS apps. Right now both are in beta testing, but you can join the iOS TestFlight or the Android beta. 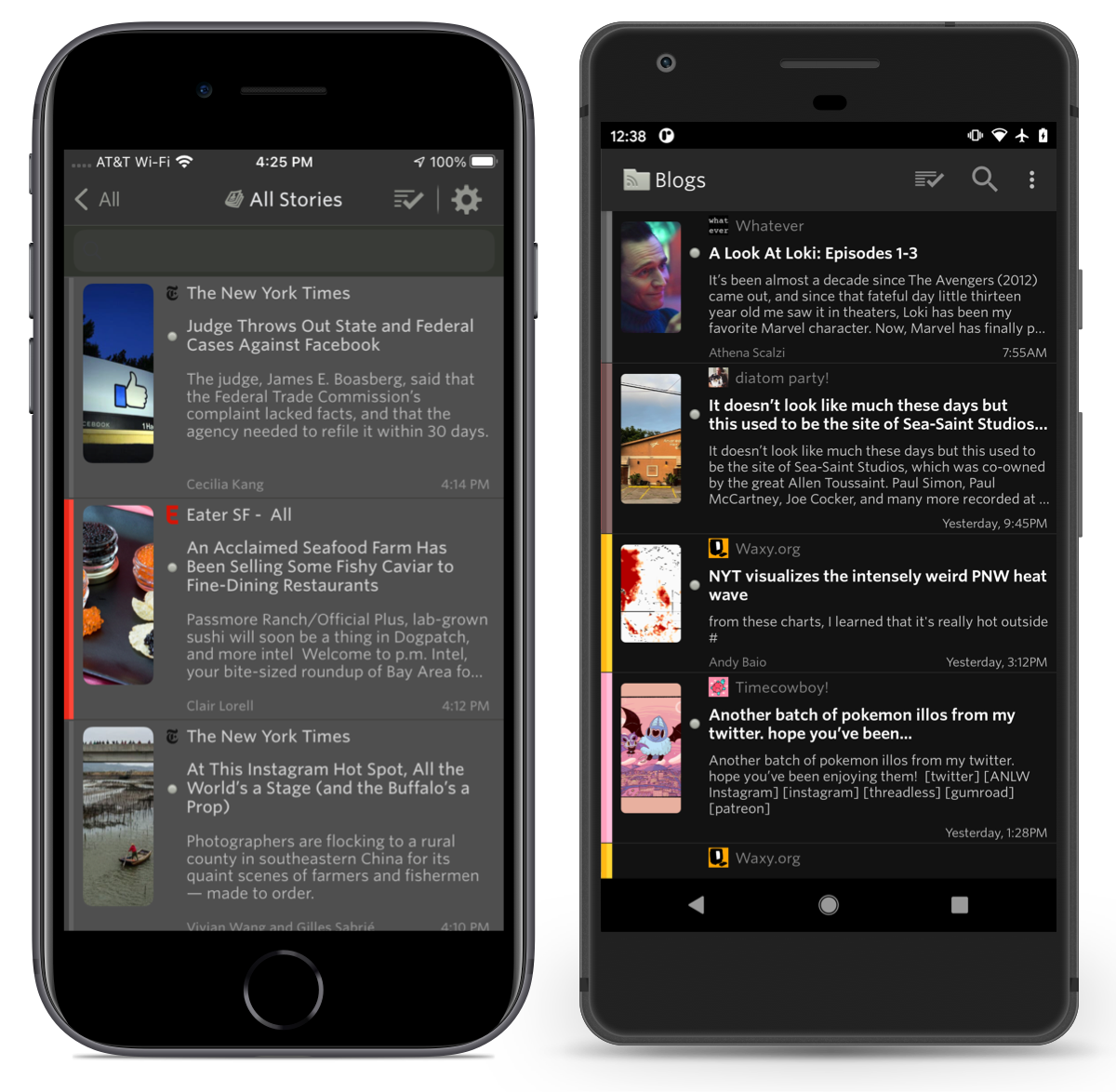 This whole redesign weighs in at a whopping 1,316 commits, which you can view on GitHub. Much of the work that took place here involves upgrading from Python 2 to Python 3 and containerizing everything with Docker. In a few weeks, we’ll post a technical writeup of what those backend changes are and how you can now run a local version of NewsBlur on your own computer with a single line of code. For those that want to run their own private instance of NewsBlur, that line of code is make nb and instructions are found on the repo.

If you’ve enjoyed using NewsBlur and are a fan of this grand redesign, please take a moment to share on social media that you read your news with the help of NewsBlur.

koorb
reply
I do not like the new font.

jlvanderzwan
reply
If, like me, you don't like the new stretchy images, and you have Stylus or a similar extension that lets you add custom CSS installed, this seems to work:

I switched to NewsBlur nine years ago and have haven't looked back. Thanks for all you do, Samuel!
San Antonio, TX

It’s a real pity that edge-to-edge images has come to the web interface! That’s my all-time least favorite design choice of NewsBlur, and the one reason I can’t stand using the app on my iPad. NOT EVERY IMAGE IS INTENDED TO BE VIEWED AT 100% OF THE WIDTH OF THE PAGE. If an image is portrait, I literally can’t see all of it on the iPad app. It’s terrible. And small sized images are expanded out into pixelated messes. Images like webcomics can look terrible, as they are often designed to be surrounded by white space. The iPad Pro should be the BEST way to look at images in NewsBlur, but it is the worst. I hope this update doesn’t bring all those disadvantages to the web view.

wffurr
File a bug report on the GitHub repo about portrait images. Should be possible to detect aspect ratio in the code and switch the logic for those.

jlvanderzwan
workaround for now: "I see, you have story titles on the bottom. You’ll want to enable the max-width settings in Manage > Preferences > Stories > Wrap story content at 700px to ease reading."

Saving the world is serious business What better way to memorialize Link for all the hard work he has done over the years then to capture his image in a stained glass window. And then capture that window on a shirt for all your friends to see. $19.99
Read the whole story